Ventoy is a lightweight tool that lets you quickly create bootable USB drives from ISO files.

Ventoy is a lightweight tool that lets you quickly create bootable USB drives from ISO files. Reinstalling the operating system via a bootable USB has the advantage that you don't have to waste time formatting the drive. Instead, you simply plug the USB drive into a dedicated port and restart your computer.

While there are many tools out there that create a bootable USB stick, most of them rely on the OS kernel, which requires access to the hardware media to store the source. The idea behind the program is different and entails storing information in RAM before loading it. Therefore, the OS can detect that data is being loaded from the virtual disk, find the original media it needs for the operation, and continue booting without creating a standard trap like in classic boot.It is worth mentioning that this tool allows you to add as many ISO files as you want, in which case a menu will greet you after downloading. The program supports ISO files larger than 4GB, as well as native UEFI and Legacy BIOS, and works with dozens of operating systems, as the developer claims to have tested over 160 files.Features• Easy to use• Fast (limited only by the speed of copying the iso file)• Direct boot from iso file, no extraction required• Legacy + UEFIsupported • UEFI secure boot supported (since 1.0.07+) Notes• ISO files supported larger than 4 GB• Native boot menu style for Legacy and UEFI• Most OS types supported, over 200 iso files tested• Not only download, but complete installation process• Ventoy Compatible concept• Framework plugin• Read only to USB stick during boot• No data destroyed during a version update• No need to update Ventoy when a new distribution is released

Whenever inspiration strikes, you can come back and get update the page to ensure it accurately reflects where you’re at in work and in life.

In 2019, Adobe acquired Allegorithmic, the maker of Substance 3D , a beloved tool for CG artists to create 3D textures and materials in post-produc… 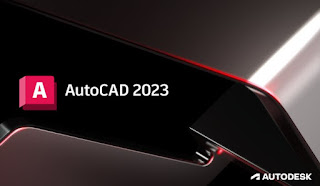